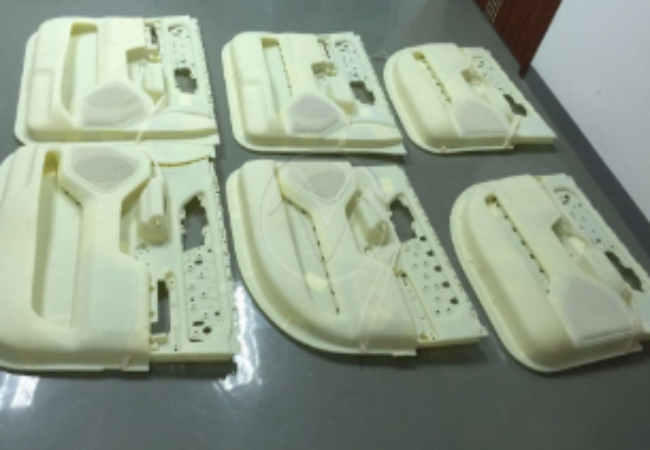 Carburizing and carbonitriding: The carburizing process is applied to cold, hot work and plastic mold surface strengthening to improve mold life. For example, 3Cr2W8V steel die-casting mold, first carburized, then quenched at 1140 ~ 1150 °C, tempered twice at 550 °C, the surface hardness can reach HRC56 ~ 61 so that the die life of die-casting non-ferrous metals and their alloys increased 1.8 ~ 3.0 times. When carburizing is carried out, the main processes are solid powder carburizing, gas carburizing, vacuum carburizing, ion carburizing, and carbonitriding formed by adding nitrogen in a carburizing atmosphere. Among them, vacuum carburizing and ion carburizing are technologies developed in the past 20 years. The technology has the characteristics of fast percolation speed, uniform infiltration layer, gentle carbon concentration gradient, and small deformation of the workpiece, which will be on the mold surface, especially the precision mold. Surface treatment plays an increasingly important role.

3Cr2W8V steel die-casting mold, after quenching and tempering, nitriding at 520 ~ 540 °C, the service life is 2 to 3 times higher than that of non-nitriding mold. In the United States, many die-casting molds made of H13 steel are subjected to nitriding treatment, and tempering is used instead of tempering. The surface hardness is as high as HRC65-70, while the hardness of the core of the mold is low and the toughness is good, thus obtaining excellent synthesis. Mechanical properties. The nitriding process is a commonly used process for the surface treatment of die-casting molds. However, when a thin and brittle white bright layer is present in the nitride layer, it cannot resist the effect of alternating thermal stress, and it is easy to generate microcracks and reduce thermal fatigue resistance. Therefore, in the nitriding process, the process must be strictly controlled to avoid the generation of a brittle layer. Foreign countries have proposed the use of secondary and multiple nitriding processes. The repeated nitriding method can decompose the nitride white bright layer which is easy to generate microcracks during the service process, increase the thickness of the nitriding layer, and at the same time, the surface of the mold has a thick residual stress layer, so that the life of the mold can be significantly improved. In addition, there are methods such as salt bath carbonitriding and salt bath sulfur-nitrogen carbonitriding. These processes are widely used in foreign countries and are rarely seen in China. For example, the TFI+ABI process is immersed in a basic oxidizing salt bath after nitrocarburizing in a salt bath.